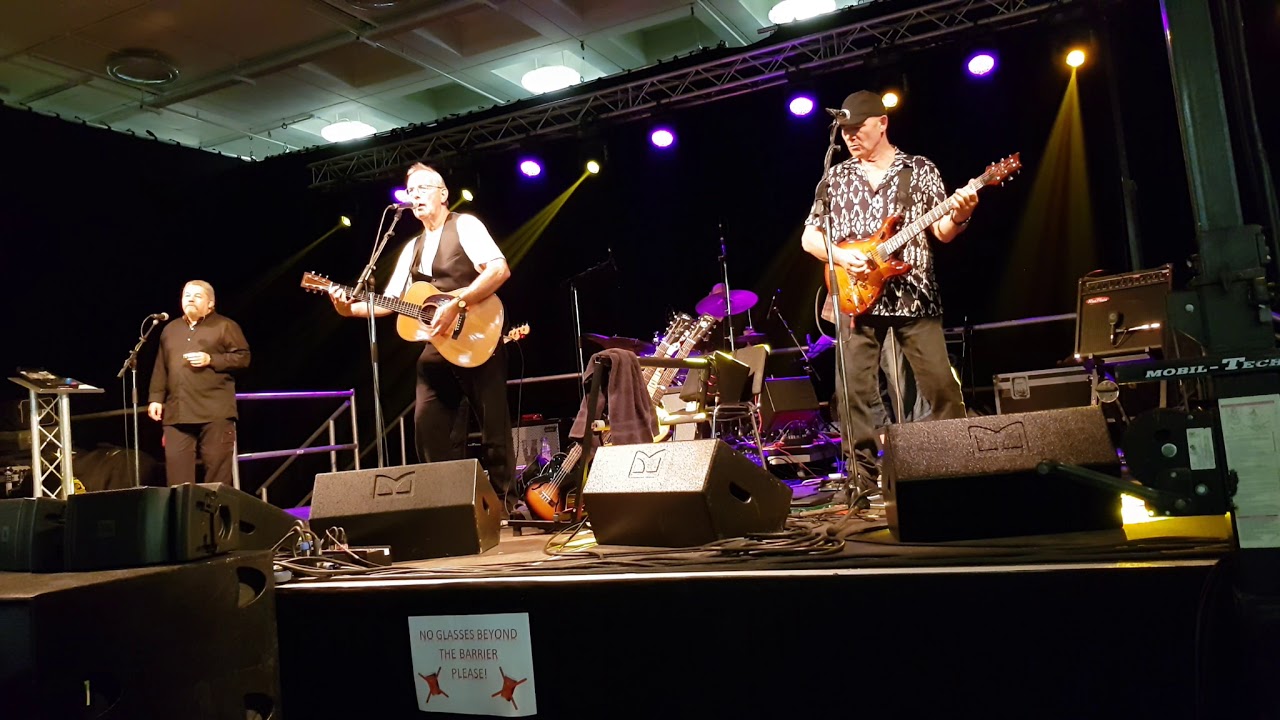 His music is a compelling mix of originals including Blues Band classics such as ‘Greenstuff’ and the odd classic cover straddling blues, Americana and folk. Live he plays guitar, slide, banjo, mandolin and ukulele.

Gary has released several albums featuring both electric and acoustic line-ups as well as the acclaimed ‘In Solitary’ solo offering, which along with the electric ‘Giant From the Blue’ album the line-up of which includes Dire Straits drummer Pick Withers, secured 4 star reviews from Maverick and R2 magazines. Bob Harris has featured Gary live in the studio on his BBC R2 show several times.

His latest album, released on the Repertoire Records label, is entitled River Keeps Flowing and features the aforementioned musicians plus Paul Jones and, from Slim Chance, Charlie Hart on accordion as well as Lol Plummer on piano, Amanda Guy on alto sax and Jack Fletcher on bass.

When you’ve spent four decades of your musical career playing bass in a band which includes Paul Jones, Dave Kelly, Tom McGuinness and Rob Townsend, venturing out on a solo limb requires confidence and talent. Well, that’s never been a problem for Gary Fletcher. Here’s some well-seasoned quality from a musician and composer who, as a cornerstone of the immortal warhorse of British blues, The Blues Band, is as steeped in the genre as a Mississippi hog roast. But there’s a wider emotional landscape on offer with this album. The recording quality and production are impeccable. The sinister, haunting opening track, No Shadow on The Wall, reads like a dark thriller. Don’t You Come Creeping seems to continue the theme with lines like Maybe I’m Crazy, maybe not, paranoia seems what I got. The song is beautifully framed with an almost orchestral ambience supplemented by Alan Glen’s eerie harmonica. Full credit for the top-drawer production on this CD goes not only to Gary, but is massively aided by the engineering and mastering skill of Bill Gautier. Fletcher is a thoughtful, introspective composer who knows instinctively just what instrumentation he needs to create the right mood. If you need romance, just bask in Back to Your Heart, with its ecstatic violin solo from Tom Leary. And among the starry line up there’s Paul Jones playing harp on two tracks. Gary Fletcher, solo artist, is worthy of much wider recognition, and The Blues Band are lucky to have such talent in their ranks. One of this year’s finest albums, without a doubt.